An Introduction To Poultry Plumage

Grant Brereton, a lifelong poultry breeder, is an internationally acclaimed authority on poultry plumage genetics and has written a book and several e-books on the subject. Here, he looks at where it all began.

When learning about poultry plumage there is only one starting point: the Red Jungle Fowl, assumed to be the ancestor of all domesticated fowl.

Although there have been recent studies to suggest that other Jungle Fowl such as the Grey and Green varieties contributed certain attributes, the ‘Red’ best resembles poultry as we know it and was likely the original ancestor; a theory first put forward by Charles Darwin. 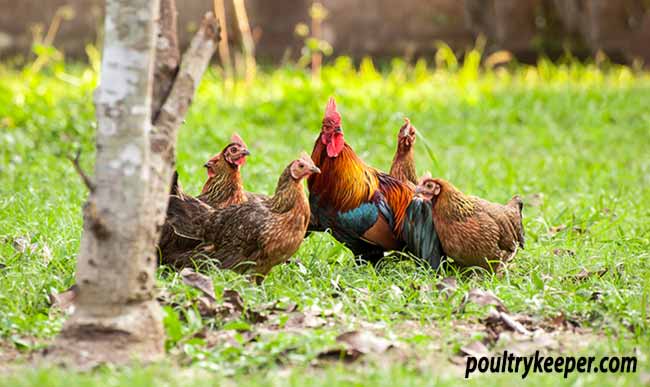 There are only two types of pigment when it comes to poultry: black and red. Black is quite obviously black, but the term ‘red’ describes a host of tones from the lightest lemon to the darkest mahogany; something to keep in mind.

If I can draw your attention to the Red Jungle Fowl, from which many poultry varieties share their plumage, you will notice their feathers are made up from a combination of black and red pigment.

The male has a black breast, thighs, wing bar and tail, with overlaying shades of orange in the neck and saddle hackle, shoulder and wing bay.

The female has a red (salmon) breast, with a lemon neck hackle interspersed with black pigment. The back and thighs are brown, the effect of which is called ‘stippling’ and is a combination of black and red ‘diffused’ pigment.

The male’s plumage is no doubt bright and colourful to attract the opposite sex, whereas the female plumage is understated and subtle to assist in camouflage when sitting on eggs.

Feathers in poultry are white before pigment is added. However, they were surely never meant to be seen as such. They would stick out like a sore thumb in the wild and affected birds would be easy prey.

Since the domestication of fowl, many thousands of years ago, a whole host of genes have been allowed to develop under artificial conditions that never would have survived in the wild.

The simple truth is that white feathers in poultry are caused by a malfunction in the pigmentation process of one, or sometimes both pigments.

Many self-white birds have both pigments (black and red) ‘switched off’ meaning they are simply ‘birds without colour pigment.’

Some birds have only one pigment switched off, a good example being the Pile Old English Game, where red pigment still saturates into the usual areas, but the black pigment is ‘inhibited.’ 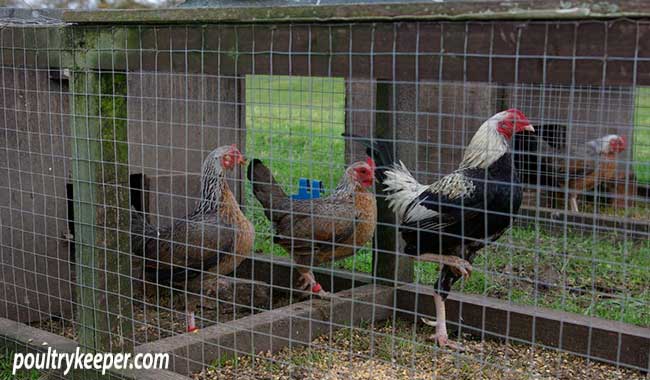 Another example would be the Silver Duckwing Old English Game, where the red pigment is inhibited but the black parts are unaffected.

Both of the above birds (Pile and Silver Duckwing) are really Black-Reds, or as some refer to them, ‘Wild Type’ (as in Red Jungle Fowl) just with one of the pigments inhibited. The gene that removes the black pigment is known as ‘Dominant White and the one which removes red pigment is called ‘Silver.’

Have you noticed that with many Gold-based varieties within a breed, there is usually also a Silver version? Here’s a few examples: Appenzeller, Sebright, Black-Red Yokohama, Welsummer, Red Dorking, Gold & Buff-Columbian Brahma, Partridge Dutch bantam, Gold Campine, Buff Sussex, Partridge, Gold Laced & Buff-Columbian Wyandotte and the list goes on. Can you name the Silver versions of some of these? It shouldn’t be too difficult if you think about it. 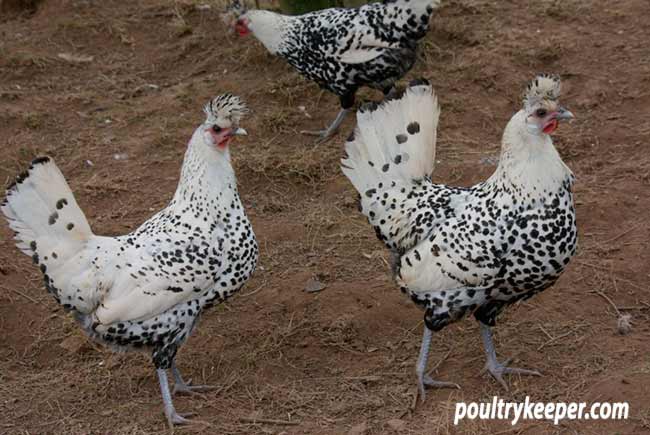 One breed, the Vorwerk’s Silver alternative has a different name. This is known as the Lakenvelder, but effectively they are one and the same fowl.

The reason all the aforementioned Silver-based varieties are available, should be quite obvious. They all have their Gold pigment ‘switched off’ and hence look visually different from how they were intended to look. They are simply the Gold version of that variety ‘without the Gold.’ This serves to demonstrate that any Gold variety can be manipulated into a Silver version, simply by adding the Silver gene; the ‘off’ switch.

It was Professor William Bateson of Cambridge who first brought to the attention of poultry breeders the possibilities with Gold and Silver. He discovered an effect called ‘sex-linkage’ which meant that Gold males such as Rhode Island Reds could be crossed to Silver females, such as Light Sussex, and the offspring would be sex identifiable; males being yellow and females being brown at day old. He first showed the resultant offspring at the 1922 London Dairy Show.

Aside from genes that switch off either or both of the pigments (black and red), there are a variety of genes that modify the way they are expressed. These genes are either trying to express more of the black or more of the red, depending on the gene in question.

These genes, when combined, make for some beautiful patterns. The Gold Laced Wyandotte would be a good example. The resultant pattern is produced effectively from 2 different genes battling it out to be the dominant one over the plumage. An additional gene called ‘Pattern gene’ discovered by the late Dr Clive Carefoot of the UK, orders the black to the edge of the feathers whilst allowing the red to saturate in the middle.

Silver Laced Wyandottes are genetically very similar, with the red ‘switched off,’ and I’m sure you can guess how the Buff Laced are made.

Spangling is made from a very similar unit of 3 genes to the Laced, with Columbian being replaced with Ginger (a very similar type gene).

Varieties like self-Buff and self-Black are based on a different background to the Red Jungle Fowl plumage (by mutation) and this gives either the black or red genes a great step up in producing an overall solid colour.