Modern Game Chickens originate in Great Britain. They came about thanks to the ban on cockfighting in 1849 because Game Fowl breeders started showing their birds in competitions instead. As the years went by, the show scene made certain characteristics more desirable: taller birds and hard feathering for example that were required if an exhibitor were to win one of the top prizes. By about 1870 they were being called ‘Exhibition Game’ and they were at an intermediate stage, about half way between their original height and their height we see today.

By the 1880’s the Old English Game name was being used by some. They had really grown in popularity and there were a number of divisions around the country with some breeders thinking they shouldn’t be as tall, so they broke away to do their own thing and form their own groups. This was the starting point for further breeds: The Oxford Old English Game and the Carlisle Old English Game which became very popular breeds in their own right. 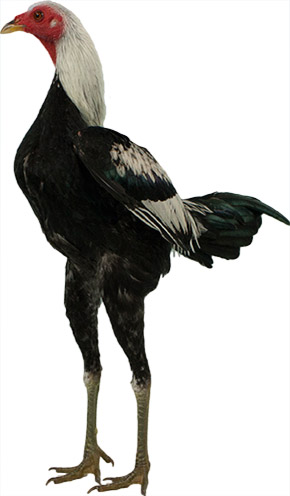 By 1910, they were being called Modern Game and were tall and sleek with hard feathering, much like the bird we see today. A Modern Game Club had been formed and some birds were exchanging hands for large sums of money.

During the First World War, (large) Modern Game declined in popularity. Since they were purely an exhibition breed that were fetching high prices, newcomers could not afford them and they were not productive, laying few eggs. They would have cost breeders a lot to keep at a time of food shortages and hardship.

By the time of the Second World War, Modern Game were in very few hands and believed to have been extinct even though many had been exported to Europe and America. It was thanks to a German breeder Paul Hohmann who received some hatching eggs from America in the 1960’s and started breeding in numbers and recreating many of the colour varieties we have in Europe today. 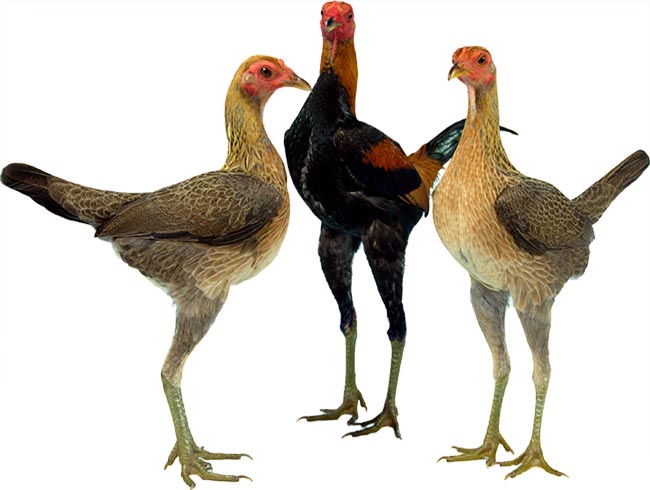 In addition to the Modern Game club, a large number of smaller clubs appeared in Britain, catering for some of the colour varieties such as Brown-Red and the Pile. At the outbreak of the Second World War, these clubs like many others suspended their activities and never reopened their doors but were replaced by The Modern Game Bantam Club in 1948 which later became The Modern Game Club covering both large and bantam sizes. Today Modern Game bantams still remain a favourite and are far more popular than the large size.

Modern Game are slow to mature and not terribly hardy so adequate shelter is needed during colder weather. Most breeders keep them in large sheds / indoor runs over the winter months. They are well suited to neat and tidy gardens because they are a breed that won’t scratch flower beds as much as others, especially the bantams.