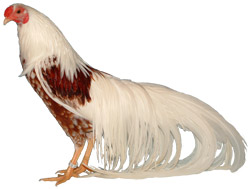 The Yokohama is a striking long tail rare breed, which is believed to have arrived in Europe from Japan during the 1860’s or 70’s. The original imports were sent from the port of Yokohama, by a French Missionary called Girad who exported the breed and it from the port that the breed obtained its name in Europe.

In the UK, all of the varieties with long tails were given the Yokohama name at first but in Germany, in attempt to differentiate them, they gave them different names: Jokohama for the varieties with red lobes and walnut / pea combs and Phönix for the varieties with single combs and long tail feathers. There was a lot of improvement in the breed in Germany, most notably in Saxony. Harrison Weir wrote in “The Poultry Book”published in 1902 “In some parts of Saxony and Germany, they are raised to great perfection, and clubs have been instituted for their production and possible improvement”.

Phönix were mostly made up of the Japanese O-Nagi-Dori and were further crossed into European breeds, possibly with Old English Game, mostly to overcome some of the challenges of inbreeding from the few imports that were available. Jokohamas were thought to be crosses from the Japanese breed of Satsumadori, Minohiki and others. 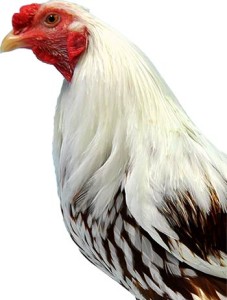 Red-Saddled White Yokohamas (with walnut or pea comb) are not a recognised breed variety in Japan. It is thought these might have been created in Germany from the original imports to Europe, maybe even crossing them with some other local breeds. Another theory is that red saddled white Yokohama existed in Japan, possibly as a local / regional colour variety, were exported to Europe and then later died out in their country of origin before there were written records to confirm their existence.

There is little evidence to suggest Red-Saddled White Yokohamas were popular in the UK and it seems that there were no more than a handful here until the late 1960’s and early 1970’s when small numbers were imported from Germany.

Yokohamas have remained a rare breed in the UK and still seem to be more popular in Germany which is surprising considering their beauty. Perhaps this is because of the challenges of managing the tail feathers which trail behind the male on the floor and can become dirty in the wrong kind of environment.

The Yokohama was first admitted to the British Poultry Standard in 19?? (can anyone help with the date?) and to the American Standard of Perfection in 1981.

Yokohama bantams originate from Germany. Early strains that were created during the 1920’s were exhibited however they didn’t survive the Second World War. Further attempts in the 1950’s and 60’s finally resulted in the bantam being standardised in Germany in 1968. Further re-makes in the late 1970’s and early 80’s are possibly The bantam variety has been bred in the UK from the early 1990’s although one of the prominent breeders and exhibitors, Richard Billson passed away in 2012.

The Yokohama is usually kept as an ornamental breed, looking very much at home on the lawns of large stately homes, however they are in fact well suited to the more normal, smaller setups being relatively calm birds with the advantage of cocks being quieter than many other breeds. They aren’t the most productive of breeds in the egg department but certainly make up for this with their stunning looks. Special care needs to be taken to prevent the male’s tail feathers from becoming soiled, so housing the birds under a covered run on clean litter (wood chippings for example) during poor weather is recommended.

These are the breed clubs for Yokohama chickens: 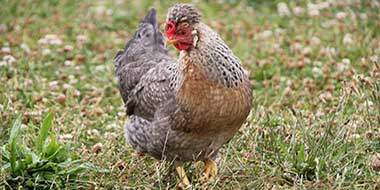