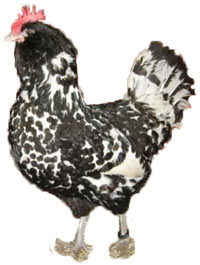 Thüringian chickens have been seen in the UK since early 2000 but was originally created in the Thüringen state in Germany with the first mention of the breed being as far back as the 1790’s. 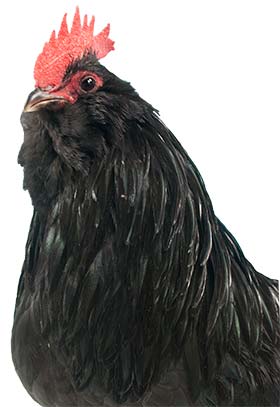 Originally, the breed was known as the Pausbäcken (chubby chops) and was a dual purpose utility breed kept by small farms in the region. The Thüringian didn’t get its current German name of Thüringer Barthuhn (Thüringian Bearded) there until it was standardised in 1907. They are thought to be related to Dutch Owlbeards but there is some uncertainty about this.

Head of a Partridge Thuringian Bantam owned by Wendy Shackel