Advice on incubation humidity varies wildly from different sources and it seems to be a constant worry to newcomers who are incubating their first few batches of eggs.

One of the sources of confusion with humidity comes from incubator manufacturers, since there are a number of recommendations in their manuals that suggest different values of humidity as being the ‘optimum’.

Many of these manufacturers are based in hot countries so when applying their recommendations in the UK, often the results aren’t as expected, or aren’t even achievable. For example, we can’t dry the air coming into an incubator from outside, so there will always be a minimum level of humidity achievable, even without adding water and this will vary from day-to-day as the climate changes.

When incubating eggs and hatching chicks, there are always far more failures caused by the humidity having being too high so why is this?

Eggs have porous shells and during the incubation process, a certain amount of moisture is lost through the shell. As the weight of the egg decreases, the air sac at the blunt end of the egg increases.

By monitoring the size of the air sac through candling, the correct weight loss can be achieved so that at the point of hatching, the membrane into the air sac is brittle allowing a chick to break through (this is called internal pipping) taking its first few breaths of air with minimal effort and reserving most of its energy for breaking out of the shell. 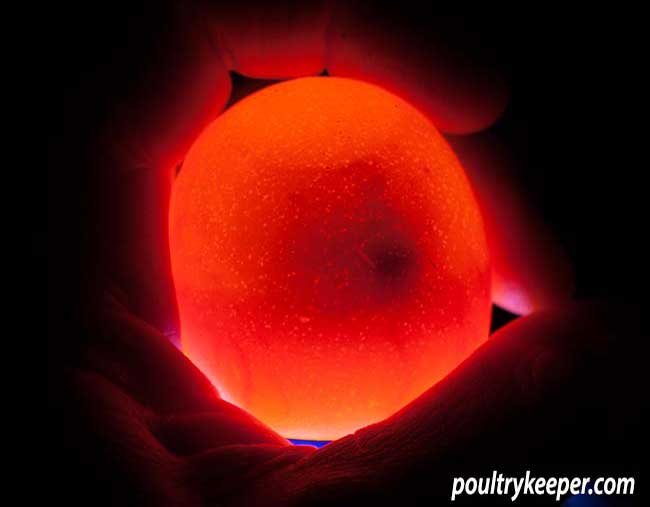 Candling allows you to monitor the size of the air sac.

Once a chick has absorbed the yolk sac, it is then ready to pip the external shell and by rotating around inside the shell, he (or hopefully she!) is able to remove enough of the shell to push its way out and hatch.

If the incubation humidity is too high

When the humidity is too high, less moisture is lost from the egg and as a result, the air sac is too small in size, the membrane is less brittle and much more rubbery. Think of the air sack like a small balloon: once inflated, it’s easy to pop but while deflated, it remains thick and rubbery.

In addition to the difficulties a chick will have with internal pipping, if the egg hasn’t lost enough moisture, the chick cannot rotate inside the shell and becomes stuck. The fluid around it dries out once the chick has pipped making life even more difficult. Unable to break free from the shell, it will eventually die.

So what is the correct incubation humidity? 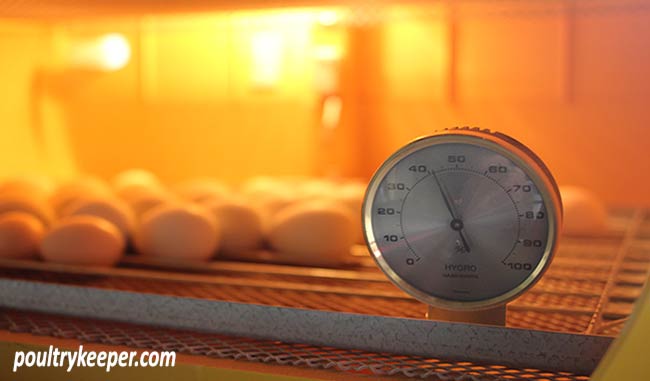 For still air incubation, in the UK, usually no water needs to be added but for forced air incubation (incubators with a fan that circulate the air around, trying to maintain a constant temperature throughout) then there are some guidelines given that generally state 45% for chickens and slightly less for waterfowl.

The reality though is that the porosity of eggshells vary (becoming more porous later on in the year) and vary between different breeds and with different thickness of shell, so the correct humidity is whatever achieves the correct moisture or weight loss from the egg which is generally somewhere between 11 and 13% when the air sack occupies approximately a third of the egg at the point of internal pipping.

The best way to do this is either by recording the weight of the eggs using some accurate scales, (see my article on the weight loss method for incubation) or more simply by candling your eggs and comparing the size of the air sac to a diagram that shows the ideal size on different days of the incubation period. 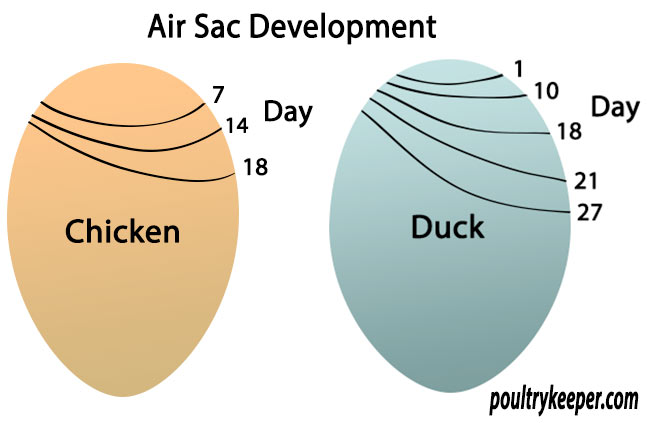 A candling lamp like this one is an essential tool for incubation. It allows you to shine light into an egg and in a dark room, check whether it is fertile as well as monitoring the progress of the air sac to make adjustments in humidity.
The following two tabs change content below.