Home » Keeping Chickens FAQ » Will My Dog Hurt The Chickens?

This isn’t a straightforward yes or no. If a puppy is socialised with chickens regularly when very young (before 12 weeks of age but ideally before 8 weeks) it will regard them as ‘family’ later on in life and will not usually harm them. For an older dog, it varies between dogs and their breed characteristics. 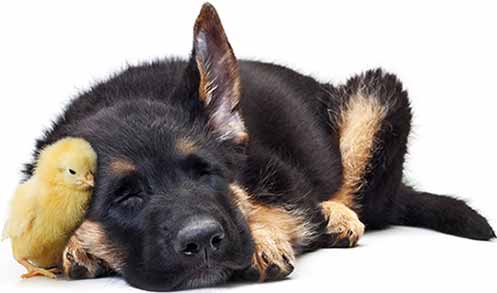 Some dogs are more ‘programmed’ genetically to hunt and will get a massive reward mentally from the chasing and killing of a chicken. Once a dog has killed (perhaps chased and caught wildlife such as pheasants whilst out on a walk) it is very hard to stop because the dog’s brain (chemically) has had a massive reward from this behaviour. 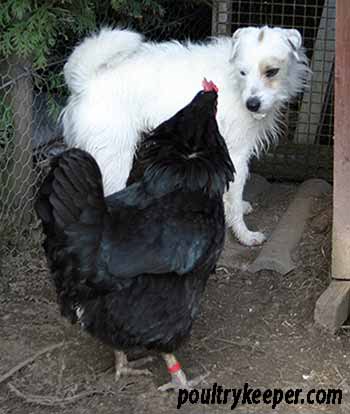 Yes, it is possible for a dog to be re-trained to avoid chickens but it takes an incredible amount of dedication, time and commitment to do this. Even after re-training, the dog only understands ‘safe and dangerous’ – so when you are around it is ‘dangerous’ and will not touch the chicken but if you were not in the garden at the time, it becomes ‘safe’ and may chase or kill the chicken.

Melanie is an Animal Behaviourist working in Herefordshire and surrounding areas. You can visit her website here.