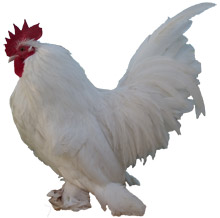 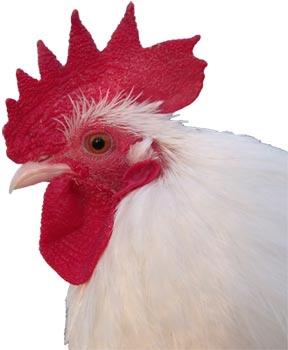 Bantams with feathered feet have been written about since the 1600s. The present day Booted Bantam was developed between Germany, The Netherlands and Great Britain. The blacks and whites have always been seen as British in origin- being smaller and more compact than the other colours. The Booted Bantam has a strong following from the backyard keeper in the UK, most notably in the Lemon Millefleur colouring. The breed is becoming more popular on the show bench with numbers increasing all the time. The Booted Bantam should have a short and compact body with a prominent breast. Large, long wings should be carried at and almost resting on the vulture hocks. The tail should be full and held upright.

The breed is a good layer of small, tinted eggs. Being small and easily tamed they are an ideal breed for small children. Booted Bantams are best kept indoors if kept for exhibition purposes to help keep their 6 inch long foot feathers in the best condition!

One Response to "Booted Bantams"