This week, I am sorting the boys from the girls from my last hatch and there’s always a chance of getting it wrong!

One of the most popular questions from newcomers who have hatched chicks for the first time is how can I tell if they are male or female? Well in short, it is not easy to tell but there are some tell-tale signs to look out for. There are however a few exceptions to the rule where chicks can be sexed easily at day old and that is thanks to autosexing and sex-linked crosses.

Autosexing breeds such as the Rhodebar or Cream Legbar produce chicks that have different down colour so can be sexed as day old chicks. The photo below shows the difference between male and female Cream Legbar chicks that I hatched. These are pure breeds of poultry, they breed true and are standardised. They are not hybrids (crosses that don’t breed true) as many seem to think.

Autosexing Cream Legbar Chicks . Male and female can be identified at day old by the colour of their down. The male has a yellow ‘spot’ on his head which is the easiest identification.

Sex-Linked crosses (e.g. Rhode Island Red X Light Sussex) result in hybrid offspring that do not breed true but the male and female can be identified as day old chicks by their different down colour. This is how commercial laying hybrid hens are produced. Male chicks can be culled at day old to keep rearing costs down. These birds will not breed true, unlike the autosexing breeds.

The ‘other’ pure breeds

The remaining pure breeds that aren’t autosexing all look very similar as chicks and it is difficult to determine which are male and which are female until about eight weeks of age. Even at eight weeks, it is easy to get it wrong if one bird is developing faster, or slower than the others.

At eight weeks though and with a reasonable number of birds, you should start to notice some differences within the group.

There are certain looks, mostly around the comb and wattles area and tail / back feathers but this can be more or less obvious in different breeds and isn’t totally reliable. For the first few hatches, I would recommend you ring birds you suspect are male and check your success rate at sexing chicks first!

If you observe your chicks carefully though, there will be different behaviours between the male and female. This starts around 3 weeks of age until by 12 weeks, young males are strutting around, sparring with one another and crowing!

What to look for.

So here are some tips for what to look out for in male and female chicks. Between five and eight weeks is about the earliest you can sex chicks, I usually remove unwanted male chicks around 8 weeks. Some do get re-homed (and I’m saving 3 this year) but unfortunately you have to cull too, it’s a fact you’ll have to accept if you are going to breed poultry and I have in the past looked into the different methods of killing a chicken humanely and it still comes back to the neck dislocation method for hobby keepers in the UK. The ‘pliers’ that are sold are not a good choice.

1. Back and Tail Feathers

Back and tail feathers on cockerels will be more pointed, pullets will have slightly more rounded feathers on the ends.

Together with the feathering, cockerels tend to have slightly longer tails than pullets. 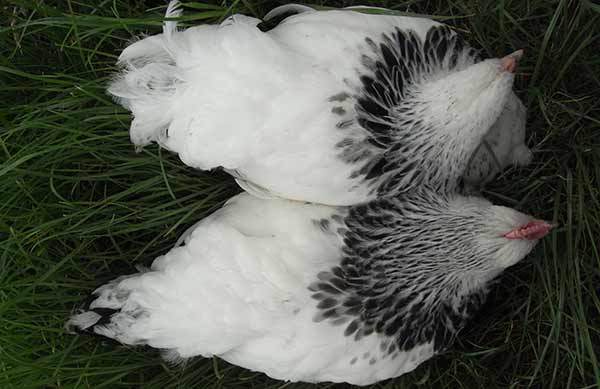 Males usually have tail feathers that are more pointed and tails grow faster so will be longer. Male on the bottom of the photo.

Probably the most obvious of all is the faster growth and the brighter red colour of the boys wattles and combs from about 5 or 6 weeks (easier in breeds that have larger combs). Don’t rely on this factor alone though, I have often mixed up cockerels and pullets, it isn’t definite but usually a pretty good indicator, especially if cross checked with other factors. 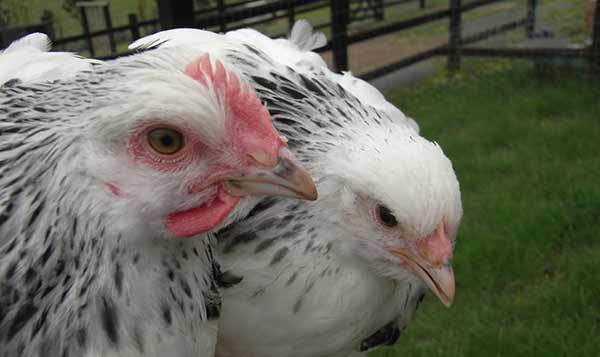 Wattles and Combs are usually more developed on male chicks and are more red in colour.

Chicks will spar with one another from around 6 weeks of age but cockerels will do this more often and start to stand tall, pushing their chests out, showing typical male ‘strutting’ behaviour. Often they will raise their hackles as they assert their dominance over other chicks or when startled / approached. 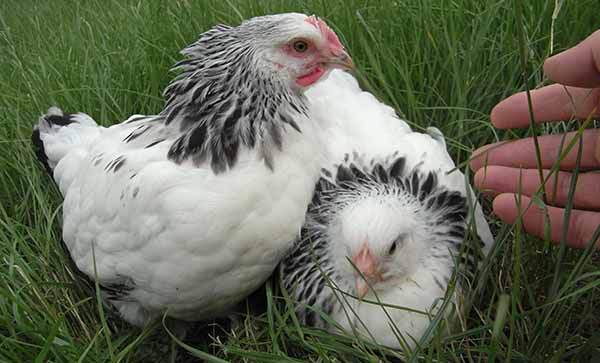 Male Behaviour: Hackles raised. The pullet turned away but the male stood up to me for a moment as I went to pick him up. Not all males are as brave though and often it is only seen displayed to other chicks.

Male chicks are usually larger than female and simply handling them can give you a good idea of their sex, however if you look at their legs and feet, this can also be a good indicator as the boys tend to have bigger feet. 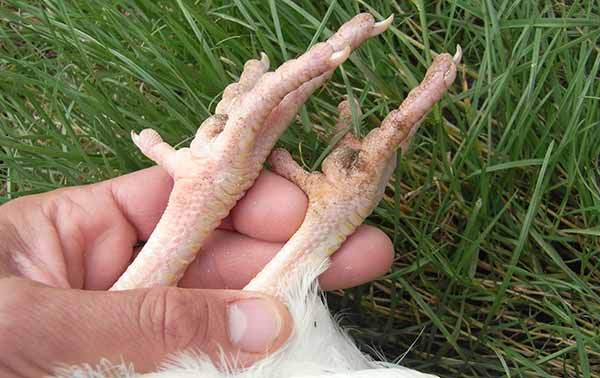 Males tend to be larger / heavier and have larger feet (male on left).

Eventually by 8 to 10 weeks, young cockerels will start to crow. The trouble is, at first, it’s a small screech and it takes weeks of practice to get to a full ‘cock-a-doodle-do’, so unless you see which bird it was, you may miss it!

Do you have any tips, perhaps specific to a breed for sexing chicks?