A notifiable disease is a disease named in section 88 of the Animal Health Act 1981 or an Order made under that Act. Section 15(1) of the Act says that:

any person having in their possession or under their charge an animal affected or suspected of having one of these diseases must, with all practicable speed, notify that fact to a police constable. 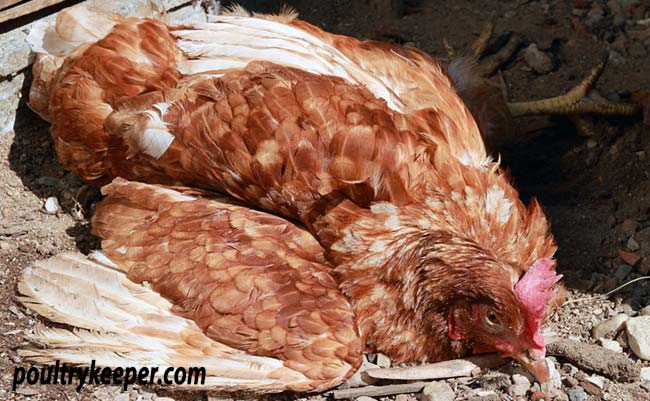 Species Affected: All but especially turkeys and chickens.

Transmission: By inhaling the virus via respiratory discharges from carriers or ingesting it via excretions e.g contaminated feed.

Diagnosis: Symptoms above and post-mortem findings.

Treatment: Isolate infected birds in a warm location, provide them with a good diet and a vitamin supplement in their water.

Risk to Human Health: Infection to the eyes / conjunctivitis with flu-like symptoms. Usually temporary and should clear after a couple of weeks.

Tip: The tags under the related articles below allow you to view other articles on diseases with those symptoms.

Antibiotic Use In Back Yard Poultry

I am a layman when it comes to veterinary science. I have no qualifications in this field, so this information

Whilst we are all very familiar with Marek’s disease, causing tumours in chicken flocks, Avian Leukosis disease is another tumour causing

Many backyard flocks these days are carrying Mycoplasma. There are many different kinds of Mycoplasma, but Mycoplasma Gallisepticum (M.G) is the most common.