Home » Keeping Ducks FAQ » What Drake To Duck Ratio Should I Have?

Keeping too many drakes in a flock will cause too much competition and over-mating will occur. This is a problem since the ducks can be hurt by repeated mating which can cause injury or even death.

A ratio of 1 drake to every 5 ducks is about right for light breeds however you can keep 1 drake with 1 duck, it should not hurt, just keep an eye on the duck to make sure she isn’t losing too many feathers on the back of her neck / head when the drake grabs her to hold on during mating.

It’s when there is more than one drake that over-mating and squabbling occurs. 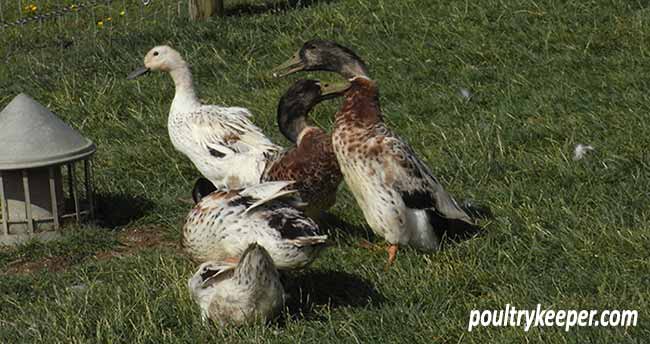 Having more than one drake in a pen with the ducks will certainly cause squabbles.