Rats can be a real problem for the poultry keeper. They are a fact of life that cannot be easily avoided and it is important to have a good strategy in place for controlling rats around chickens and other poultry.

It is not unusual for a pair of rats to be able to produce a thousand descendants over the course of a year. They will cause an incredible amount of damage to property, poultry, and feed, not to mention the disease carrying potential. Damage to electrical wiring is the number one cause of electrical fires on farms in the UK. 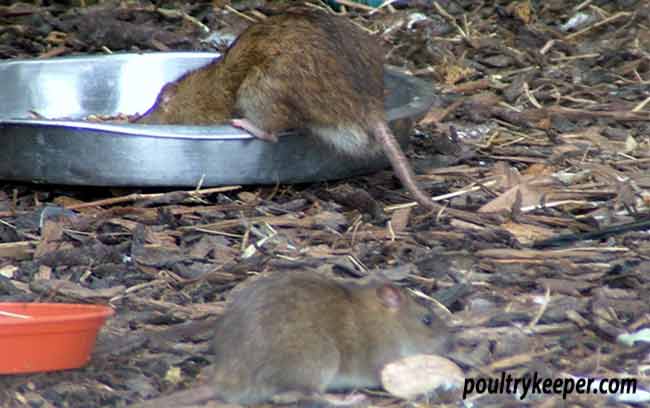 The most common time of year that people notice a rat problem is as the weather turns cold in the autumn. Rats will move in if there is shelter and a supply of food. Rats prefer to live in log piles, mud banks, and under sheds and buildings. Poultry houses that are placed on the ground are a very popular residence for rats and many poultry housing manufacturers make houses that are raised off the ground to avoid this common problem.

Note: The Prevention of Damage by Pests Act 1949 places an obligation on owners or occupiers to control rats and mice on their property and to inform the local Council of infestations. Local Councils have powers to ensure that rodent control is carried out and may serve enforcement notices on land owners. If rodents aren’t eradicated then powers are available for them to carry out the works required directly and charge the costs to the owner. 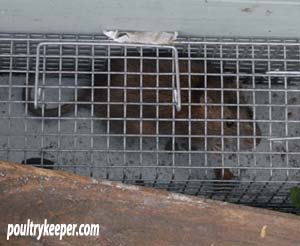 There are several rat traps available on the market from wire cage types and spring traps to electric rat ‘zappers’. These different types of trap use different methods to trap or kill a rat but they have one thing in common, the rat needs to go into or on the trap which can be difficult to achieve. Even then, sometimes there seem to be a few ‘wise old rats’ that are scared of new things in their environment and just won’t go into the trap!

When setting a rat trap, follow these simple guidelines to get the best results:

A good rodenticide in the right places can really help to bring the population of rats under control fairly quickly compared to a single trap that can only catch one rat at a time.

Maybe not what immediately springs to mind as a control option but rats need certain things to thrive and if these aren’t available, you will be controlling the numbers!

Finally remember handle rats with disposable gloves on – they can carry some nasty diseases. I would never have believed this but a local farmer picked up a dead rat in his yard, contracted ‘Weils Disease’ and died in hospital a few weeks later. So be careful when handling the dead bodies.

With a proper control plan in place, using the right methods, it is possible to control rats around chickens and other poultry but it requires some thought and planning and ongoing observation before their numbers get out of control.

One Response to "Controlling Rats around Chickens"