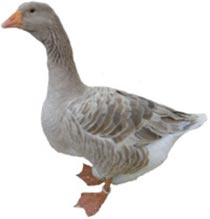 Little seems to be known about the origins of the American Buff Goose. They are one of the few breeds of Geese to have been developed in America. They were standardised in 1947 and entered the British Waterfowl Standards much later in 1982. 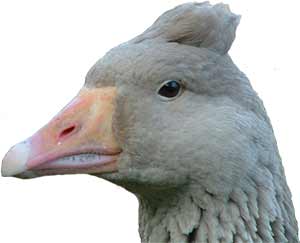 This breed was created by Mrs Ruth Books, by crossing American Buffs with the tufted Roman goose over many years of breeding and selection.

Currently, Tufted American Buff Geese do not exist in the UK and are only found in very small numbers in Europe. Photo right courtesy of De Weydegansch Hatchery, the first to import these geese into Europe.