Farmers in the Netherlands have slashed their antibiotic usage by more than 60% since 2007, and British vets are using their experiences to help UK farmers meet their own reduction targets.

In a recent tour of British and Dutch farms, organised by Applied Bacterial Control (ABC) – a firm founded by a group of vets to target antibiotic reduction – delegates learnt about the importance of adopting an holistic approach to support animal health while reducing medicine usage.

“In the UK, antibiotic use in farming has reached a record low, following a 27% reduction in the past two years,” explains Richard Turner, director at ABC. “But there are further targets to meet in the coming years, and it’s important to share best practice so farmers and vets can learn from their peers elsewhere in the world.” 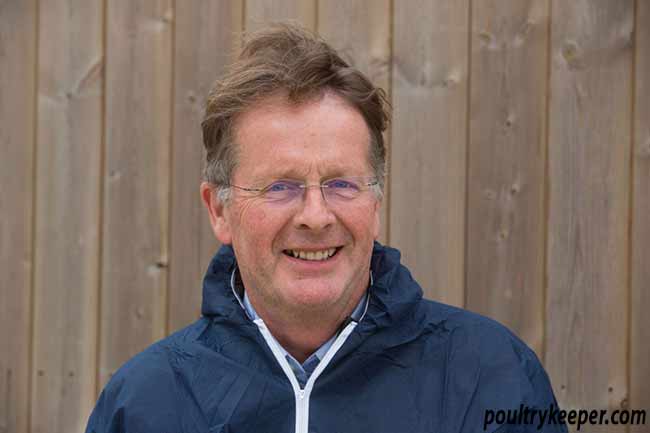 As part of the tour, delegates visited three poultry farms in the UK, which are using probiotics and natural acids to promote gut health. Faccenda, which owns the farms, starts by treating the chicks in the hatchery with a probiotic gel. It then treats the water on the farms with natural acids, both to sanitise the water and to create a gut environment that favours beneficial bacteria while inhibiting damaging bacteria. Finally, it uses a yeast extract to prevent pathogens from attaching to the intestinal wall, with essential oils to support the immune system at times of stress.

“Over the past 18 months we’ve reduced our antibiotic use by 70% while also lowering mortality rates, and this system has been a valuable aspect of our improved performance,” explains Stewart Newlands, general manager of the broiler division at Faccenda. “We are finishing the birds 100g heavier and half a day earlier. Our pharmacy looks like Holland & Barrett, but it does work.”

In the UK, poultry producers are leading the way, having slashed antibiotic usage by 71% between 2012 and 2016. However, other sectors are further behind, and could learn a lot both from the British poultry sector and livestock producers further afield, says Mr Turner.

“As vets, we need to change our mentality, and go back to understanding the science. It’s about better biosecurity, identifying and treating sickness earlier, and using everything in the toolkit to support animal health and prevent diseases taking hold.”

In the Netherlands, ABC visited two pig farms, a calf rearing unit, a feed mill and two natural product manufacturers, exploring how the industry has managed to cut antibiotic use from 565t a year in 2007 to 176t in 2016. “In 2008 we had the highest use of antibiotics in livestock in the EU,” explains vet Rick Janssen, president of the European Association of Porcine Health Management. The government introduced a series of reduction targets, and the industry had to work out how to meet them.

The result is that Dutch farms now have to have a dedicated vet, who must visit every four weeks and draw up an annual farm health plan. In-feed antibiotics and preventative antibiotics are banned, as are certain antibiotics which are critical to human health, such as third and fourth generation cephalosporins. Group medication can only be prescribed by the vet, and broad-spectrum antibiotics can only be used after laboratory tests, with stringent recording and benchmarking of all medicine use.

However, removing all of this medication could compromise animal welfare, so many farmers and vets have adopted holistic approaches to boost natural health and immunity, says Mr Janssen. “Vaccine sales increased by 120% between 2010 and 2016, while veterinary advice sales increased by 23.5%.”

Erik Boer, a vet at the Vechtdal practice, says farmers and vets had previously used antibiotics as a kind of insurance. “It’s been a mindset switch, improving the environment, water and feed, and looking at other products. The use of garlic and other natural extracts has increased significantly – you can improve the animal’s immunity and help them to keep eating when they are ill so that they can eliminate the infection more easily.”

With scientific understanding of the microbiome improving all the time, it’s exciting to see the benefits of working with good bacteria to combat disease more naturally, adds Mr Turner. “There is no silver bullet to replace antibiotics, but with better farm management and immune support maybe we don’t need one. Improved animal health and reduced medicine use is a win-win all round.”