Keeping chickens is an addictive hobby and once you get a few birds, often you start thinking about others you’d like to introduce to the flock. The big problem is that few people realise the problems that potentially can occur when introducing new chickens to the flock. 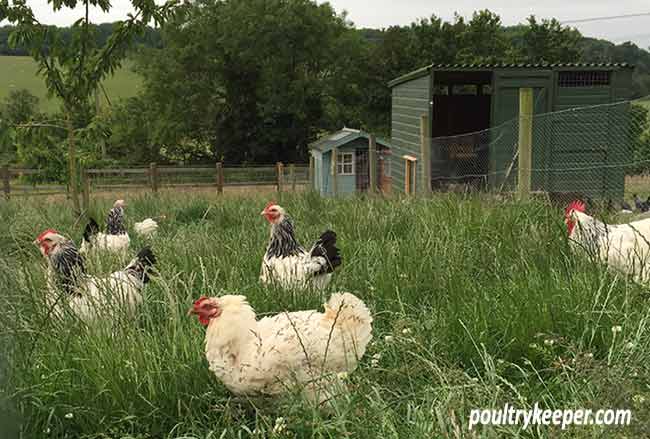 Chickens are best kept in small social groups as they live in the wild. Everyone has heard of the phrase ‘hen pecked’ or ‘pecking order’, well this comes from the order within a flock of hens and every hen knows her place so when introducing new chickens there can be problems until the pecking order is re-established again.

If you are lower down the ‘pecking order’ and you are feeding, you’ll get a short sharp peck, a kind of ‘what do you think you’re doing? I’m senior to you’. Every hen has their place. Over thousands of years of evolution, hens have learned to avoid predation by not fighting over their food which would otherwise draw attention to themselves.

Introductions can be made and are sometimes necessary, it’s often very hard on us the owners to see such ‘cruelty’ happening in the pen but often it is necessary for the first week or two until the ‘pecking order‘ is established again.

How to introduce new chickens

One of the best ways to introduce new hens is to put newcomers in a run / small fenced off area within the existing run so that they can see one another and get used to one another but with the safety of the wire between them. Once a week has passed, the newcomers can be popped into the coop at night, but make sure you are there at first light in the morning to rescue them if blood is drawn.

Another way is to put them with your existing flock in a house and run that is new to both of them with lots of space and lots of food distractions. Neither of them has an established territory and this can sometimes work well, especially if they have lots of space to stay away from one another at first. This isn’t always possible though.

Here is a list of things to remember when introducing new birds:

Expect a certain amount of bullying. It’s hard to watch but often after a week, sometimes a little longer, things suddenly click into place and the pecking order is re-established.

You can learn more about the pecking order here which also contains a short video demonstrating it in action.

Keep an eye. Make sure you watch what happens. Can they run off and get away from an attack? Can they find somewhere to eat and drink? Don’t leave them unattended for too long. Get up to let them out as soon as it’s light and make sure they can get into the house at night.

This is one of the best books I have read that covers absolutely everything you’ll ever need to know as a newcomer to keeping chickens. I highly recommend it.

I certainly wouldn’t be without it on my book shelf as a reference book that explains everything clearly.

Click here or on the image to view it on Amazon. 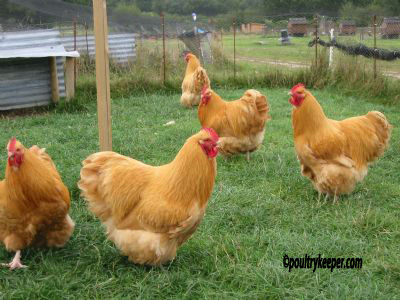 It is worth mentioning that many birds are reared in pens with the same colour and type of bird. So for example, a breeder keeps 300 Black Rock hybrid hens together in a pen until they are sold. They go to their new home and for the first time in their lives, meet Buff Orpingtons who have never met anything other than a Buff Orpington before. This is a huge shock for them, they have only ever seen the same type and colour as themselves. Understandably, the birds are shocked and will be aggressive towards the new birds who themselves are stressed at being moved from their own environment into a new place. If birds have been mixed with other colour birds, they won’t find it so difficult to accept a different colour bird.