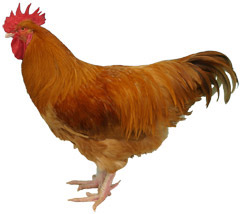 Lincolnshire Buff chickens were bred in significant numbers on Lincolnshire farms to supply the London markets between the 1850’s and early 1900’s. The start of this trade coincides with the development of the railway network that linked the small market towns with the capital and its opportunities for business. The Lincolnshire Buff was a fast growing, hardy bird that had excellent table qualities. At the time, buff (of many different shades) was a popular colour for table birds since they provided white table birds that when plucked, left a clean carcass without leaving dark feather stubs.

During the 1850’s, the Dorking was common on most farms and it is thought that the Lincolnshire Buff was created from crosses between the recently imported buff Cochin, the red Dorking and other farmyard fowls of Old English Game / gold Hamburgh origins. The future of the Lincolnshire Buff looked promising but then in 1894 William Cook created his buff Orpington and there was a great deal of publicity as to whether this was simply a refined Lincolnshire Buff. There had been many buyers going to Lincolnshire to select the specific shade and type of birds they wanted and William Cook was already a large scale commercial breeder who had had much success with his black and white Orpingtons so recognised the opportunity for a buff variety. He always denied any relationship to the Lincolnshire Buff and when he created his buff Orpington which became famous throughout the country and later all over the World, there was some controversy. They may not look similar now but when the buff Orpington was created, it was tighter feathered than the birds of today, and much the same as some of the shades of Lincolnshire Buff chickens that occurred in flocks.

By the turn of the century, farmers could not sell Lincolnshire Buff for even half the price of the buff Orpington that had gained popularity. Their fate was sealed and they declined rapidly in the early part of the 1900’s. The breed, although popular as a table bird, never made it into the British Poultry Standards. 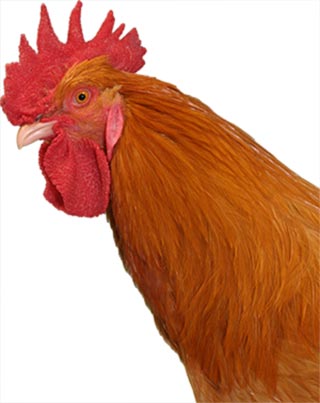 The Lincolnshire Buff we see today, were re-created, starting in 1981 at the Lincolnshire College of Agriculture and Horticulture, Riseholme Small Animal Unit. After government cut backs and changes in circumstances, the work was continued by hobby breeders, most notably Brian Sands after 1986. Brian said “With few remnants of Stock from Riseholme, and new infusions of Red Dorking and Buff Cochin blood I made steady progress over the years, including frequently displaying birds at the Lincolnshire agricultural show.” The Lincolnshire Buff Poultry Society was formed in 1995. The breed had a standard drawn up, based on old records of the breed and this was accepted by the Rare Poultry Society in 1996. The Poultry Club of Great Britain accepted the breed standard and the society in January 1997.

Brian Sands has been kind enough to share an article with us on the History of the Lincolnshire Buff which has provided much of the information for this breed page. The original article is listed below and provides more detail than is found here if you would like to learn more.